We are an expertise in cylinders. Whether you require cylinders in Keyed-Alike, Keyed-Different or of a Master Key system, we can offer various types of keying in Euro cylinders, oval cylinders, rim cylinders or even padlocks.

Master Key (MK) is a special key type which is designed to open multiple cylinders in a set. Unlike the cylinders of Keyed-Alike system, each cylinder in a master key system has its own unique key-code and thus cannot be operated by the keys of the other cylinders in the set.

There are 2 types of keying in level - Keyed-Different (KD) & Keyed-Alike (KA). No MK is available in the system.
KD is the commonest keying of all types, in which each cylinder has its own unique key (known as "change-key") and can be operated by the other keys in the system.
In KA system, all cylinders of the set have the same key-code and thus can be operated by the same key. This system convenience and eliminates the need for multi-keys where numerous cylinders are used.

This is the simplest master key system. Each cylinder has its change-key and thus cannot be operated by the keys of the other cylinders in the set. A key at the top that can operate all the cylinders is the MK of the system. 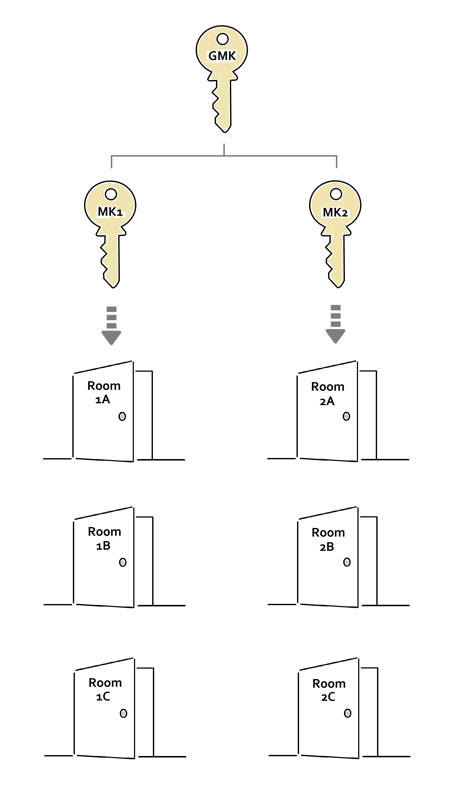 This system is also called "Grand Master Key (GMK) system" which is composed of groups of Lv2 system. Each group has its own MK and has no cross-operation between the groups.
Only the GMK can operate all cylinders in the system.

Level Four system is known as "Great Grand Master Key (GGMK) system". It is an extensive key system that includes groups of Lv3 system.
Similar to GMK system, there is no cross-operation between the groups, but a powerful key (i.e. GGMK) which can operate all cylidners in the system. 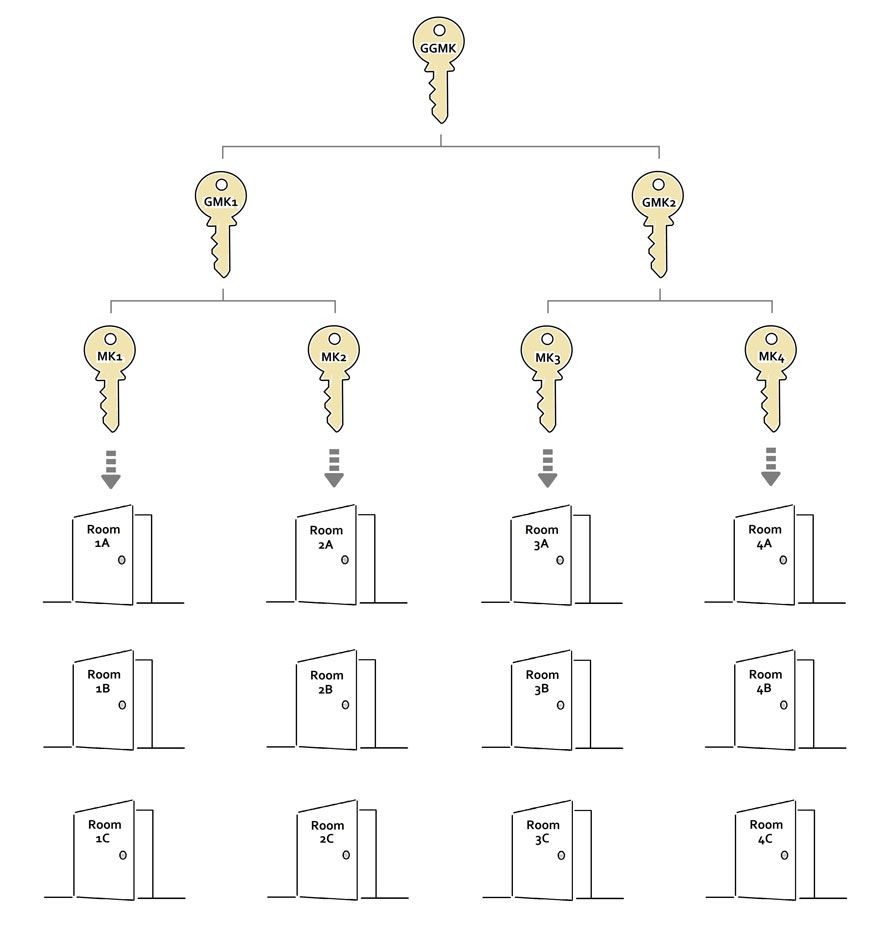 ** You are welcome to email us your key system plan at hardware@hardware.com.hk, and we will quote our very best price with the estimate delivery time to you. **